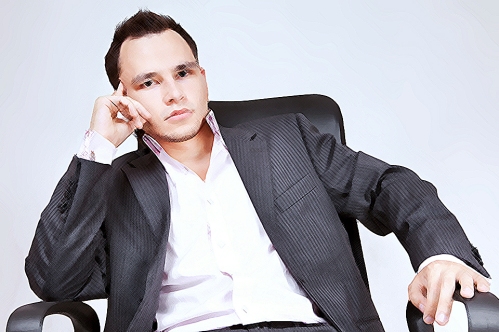 Matthew 6: 25-29  Therefore I tell you, do not worry about your life, what you will eat or what you will drink, or about your body, what you will wear. Is not life more than food, and the body more than clothing? Look at the birds of the air; they neither sow nor reap nor gather into barns, and yet your heavenly Father feeds them. Are you not of more value than they? And can any of you by worrying add a single hour to your span of life? And why do you worry about clothing? Consider the lilies of the field, how they grow; they neither toil nor spin, yet I tell you, even Solomon in all his glory was not clothed like one of these.

It might be true of any age and place, but Matthew’s Jesus would certainly not go over well in the contemporary climate of the United States. The very idea that there might be things given, rather than earned, is anathema to the American consciousness. We are a people who earn/deserve everything that comes our way. We see this front and center in the cultural debates about poverty. The prevalent notion, among many, seems to be that since I have a great deal, and I have worked hard for it, if you don’t have enough, it can only be because you have not worked hard enough. You have not earned it. Our grotesque income inequality (among the greatest in the world) is a function of this philosophical perspective.

We see it as well in the “spiritual” lives of celebrities, who so often gravitate toward religious expressions that encourage them to think of themselves as especially enlightened, or talented, or even just “better,” and therefore deserving of the freakish wealth and deference that accretes to their status. It isn’t just luck that elevates them above the masses, it’s special insight.

We can’t really be blamed for falling prey to this execrable line of thought when the entire predicate of our economic system is the constant drone of the advertiser’s voice, peppering us with the litany of things we deserve to have. It is a tough row to hoe trying to convince folk that there is an overwhelming portion of momentary providence, genetic accident, or cultural privilege, involved in what we garner from life. No, we scramble, we work, we earn, we deserve.

This has made its way into the Church as well, sadly. The Prosperity Gospel movement, and its derivatives, has been slinging this odious line of fertilizer for quite some time. Right relationship with God engenders financial wealth, prosperity of a tangible nature. It certainly seems to do so for many of the pastoral purveyors the ideology. Still, it’s really only trickle up economics in a clerical collar.

Nope, the Jesus in Matthew’s gospel would have a tough time of it. The perspective he tried to encourage, that of the grateful heart, would find small purchase in this world. It requires too much humility of us. It requires us to imagine that in every moment we are simply the recipients of divine gifts, that we needn’t hoard them either. In fact, we are encouraged to share what comes our way as we come more deeply to understand ourselves as grateful recipients rather than earners and deservers. Sure, it could absolutely transform the world in which we live, were it ever to catch on, but, well, you know…it’s un-American.

“Acknowledging the good that you already have in your life is the foundation for all abundance.”
Eckhart Tolle

“Piglet noticed that even though he had a Very Small Heart, it could hold a rather large amount of Gratitude.”

In the more than 30 years I have spent in parish ministry, I have held a wide range of related interests and theological foci. From Process Theology, Creation Theology, and Liberation Theology, to spiritual practices, Celtic Christianity, and World Religious Traditions. I have learned a great deal about a very few things. Otherwise, I'm not especially interesting.
View all posts by revjtomgough →
This entry was posted in Scripture. Bookmark the permalink.